She let a student take lunchroom food without paying. Then she was fired

(CNN)When a student at a New Hampshire high school put items on his tray that he didn’t have the money for, lunchroom employee Bonnie Kimball didn’t think it was a big deal.
She told the student to make sure to pay the next day. She wasn’t worried as she had known the boy’s parents since they were children, and had no doubt that the $8 lunch tab would soon be taken care of. And the next morning, she told CNN, that’s exactly what happened.
About a week later though, she was fired by the district manager of Café Services, the food services company that employed her.
“‘Do you understand what you did was wrong? That was theft,'” Kimball says she was told. 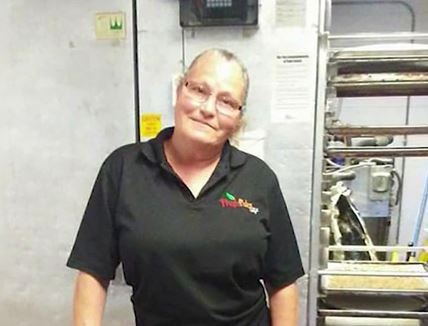 A photo of her termination letter provided to CNN shows that the company accused her of violating its procedures as well as federal and school policies. The letter was dated April 9 and said Kimball was fired on April 4.

The government already knows how to end school lunch shaming
“On March 28, a District Manager was on-site and witnessed a student coming through the line with multiple food items that you did not charge him for. This is a strict violation of our Cash Handling Procedures, the Schools Charge Policy and Federal Regulation governing free meals,” the letter reads. “Your final has been processed and disbursed to you.”
Jaime Matheson, human resources director for Café Services, said in a statement that the student wouldn’t have gone without a meal.
“The student in question did receive a lunch. Students who come up to the lunch line without money receive a lunch of an entrée or sandwich plus side dishes or fresh fruit and milk. An employee of the company would not be let go because they provide this lunch to a student,” Matheson said.
“We can’t get into specifics because personnel decisions are confidential to honor privacy, however employees receive and sign their acknowledgment to company policies. When these aren’t followed, corrective action is put in place, up to and including termination. We’re all proud of our ability to provide meals to those in need,” the statement continued.
Kimball had worked at Mascoma Valley Regional High School for 4½ years, according to the New Hampshire Union Leader. She also said that two other employees in the lunchroom quit in protest of her firing.
“We miss them very much and wish we could still feed them every day,” she said.
CNN has reached out to the school but it has not yet returned a request for comment.