A quick outlook on the state of the tropics 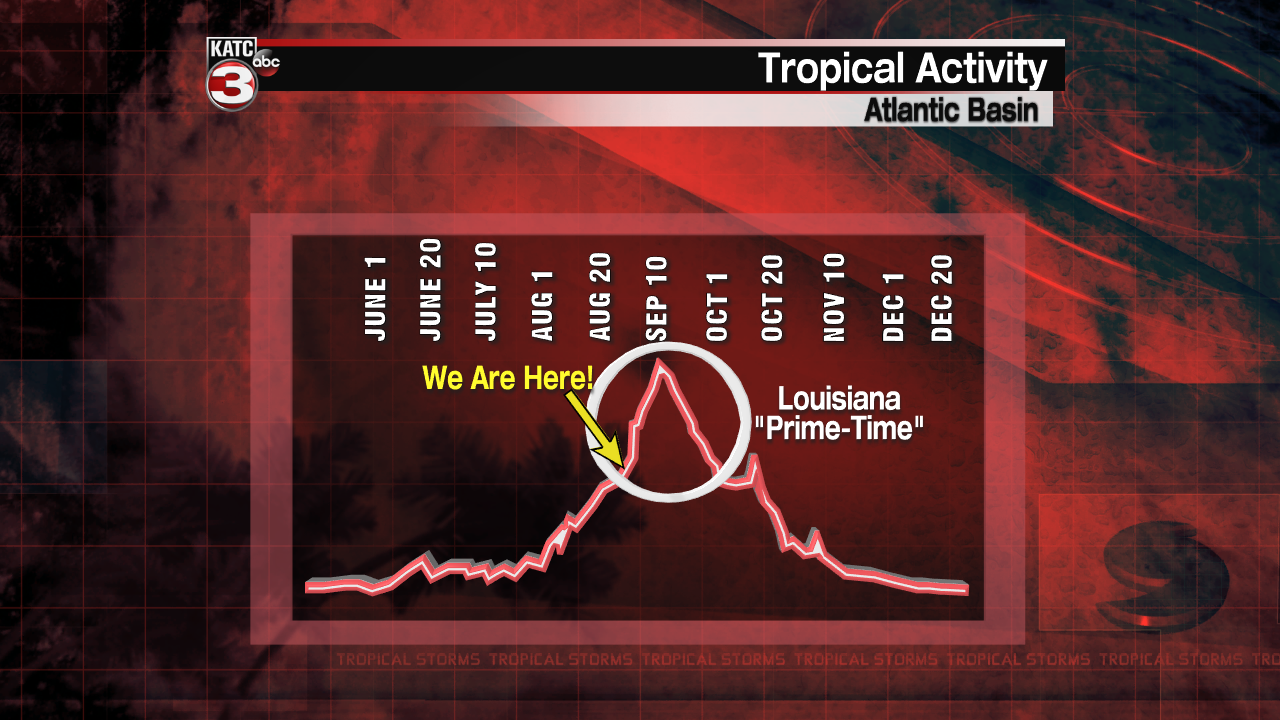 It's the time of year again, the peak of the tropical season, which will run now through September and into early October.

Historically this is the most active time for hurricanes and when the U.S. has the best chance to feel the impacts from these storms.

So it should come as no real surprise that the Atlantic Basin looks like it may be trying to shake off some rust and get a few storms going.

So far it's been an exceptionally quiet season with only three named storms so far in the season (one of which was Hurricane Barry back in July).

This can change quickly though so let's take a look at the later half of the season and see what some of the data is telling us at the moment.

Quick disclaimer before we proceed this is not a guarantee or promise of impending storms in the Gulf of Mexico, this is more of an outlook for the ENTIRE Atlantic Basin not just the Gulf.

So far in the season the Atlantic has been fairly dusty, so let's turn our attention to the African coastline the birthplace of many a named storm.

While there's still a pretty decent plume of dust out there now, models indicating that we may see that easing up a little which would open the door for a little development (although storms will still struggle with the dust left over).

While the Saharan Desert is producing quite a bit of dust there looks like maybe a window toward the end of next week when that dust will ease up a little, opening the door.

Which brings us to our next indicator which is a string of tropical waves that will be pushing off the African coast over the next several days.

Not all of these waves will become named storms, and even fewer of those will have an impact on the entire United States, let alone the Gulf of Mexico.

Each wave, however, add moisture to the atmosphere and eats in to the dry, dusty air and eases the path of development for the next one.

There's still some out there for sure, however, there are pockets that if the right wave can get into it can limit it's exposure to that sheer and find itself in a favorable area of development.

This might all sound very ominous but it is worth nothing that one of the climate indicators we look at isn't all that bullish on tropical development in the next couple of days.

There's a parameter, known as the Madden-Julian Oscillation (I can't fully explain this it was discovered by people much smarter than I am) and it has an above average look at rain in the Caribbean but not necessarily tropical development.

The National Hurricane Center seems to be going along with this line of thinking as well, with only a couple different areas of interest, one off the Florida coast which is showing some signs of development, and another which has a long way to go in the Atlantic.

There's a little model support for the development of the disturbance by Florida, and a little less for the one in the Atlantic.

Currently over a five day time period the Florida disturbance has been given a 70% chance of development while the other one a mere 20%.

A quick note this is based largely on potential for storms to develop in the Atlantic Basin, storms that originate in the Gulf of Mexico and Bay of Campeche are much more difficult to pin down.

The wrong thunderstorm in the wrong place and time can generate a tropical system so we do need to stay vigilant in monitoring the tropics.

Again this article isn't intended to be an official forecast, I'm not calling for a specific number of storms in a specific amount of time, it's more of a breakdown of our process and factors we look at when we create our forecasts.