Brennan Ford and his family will be heading to California next week to meet Brennan’s role model Kevin Durant with the Golden State Warriors.

The seven-year-old was delivered the news before the UL Men’s Basketball game tonight. Brennan was also surprised with his own jersey. 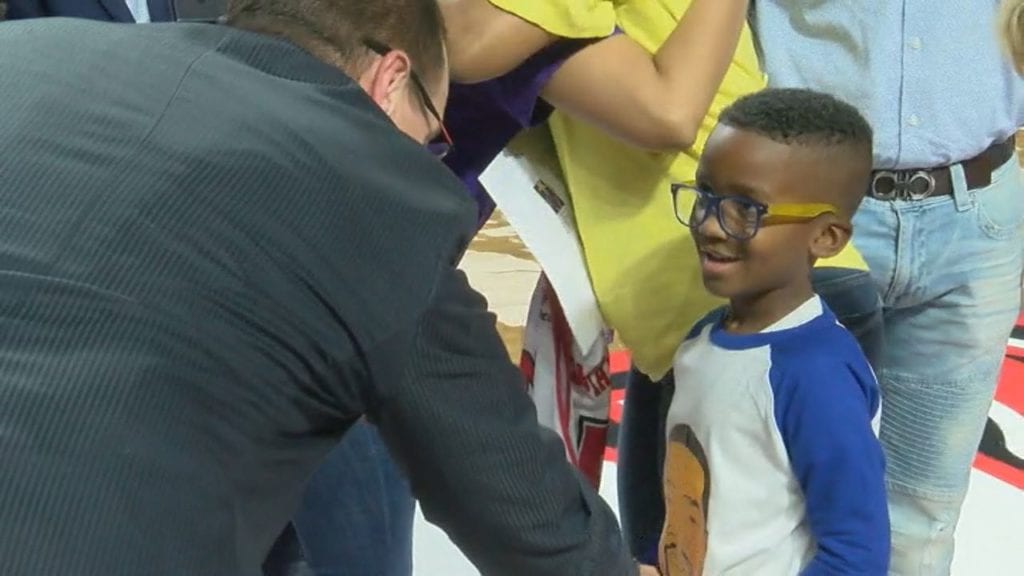 Brennan has been cancer-free for two years.

“It’s a dream come true. I mean, we’re just so happy that it’s finally happening. I mean, when Ms. Becky called and said that he could meet Kevin Durant, I was like, ‘Oh my God, are you serious?’ I mean, he loves this guy; I mean, prays for him at night,” said Brennan’s mother, Renea Ford.