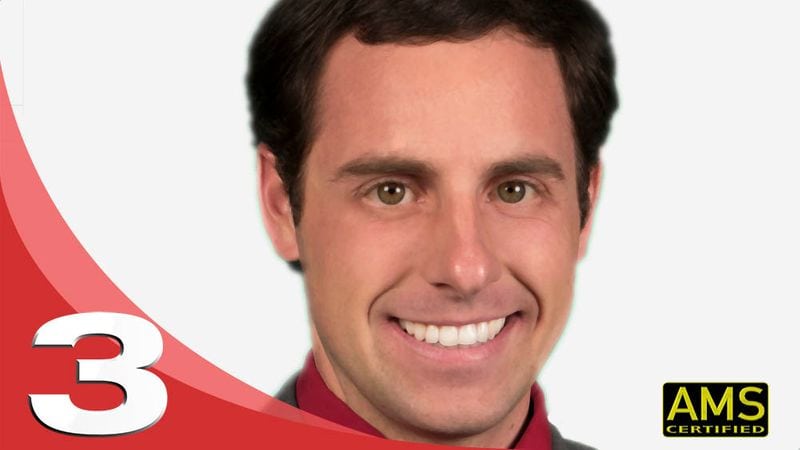 Eric grew up in Cincinnati, Ohio where the weather changes by the minute, going from sunny and 75 to snowing the next day. In fourth grade, Eric was asked to give a weather forecast in front of the class and from that moment he was hooked and knew then that he wanted to become a TV weatherman.  Eric went The Ohio State University where he graduated with a bachelor’s degree in Atmospheric Science.  Eric bleeds scarlet and gray and can be found during the fall at a local sports bar cheering on his Buckeyes to victory.

Eric got his start with WXVT in Greenville, Mississippi. While there he was on a reality TV show called Breaking Greenville, which aired on TruTV during the winter of 2015.  Eric is excited to join KATC and learn all about the Cajun culture.

You can find Eric walking his fluffy white Australia Shepherd mix through the neighborhoods of Lafayette.  When the weather is sunny he enjoys golfing, running and kayaking.  Eric also enjoys cooking and baking up a storm.  If you have a great recipe email it to Eric so he can give it a try.